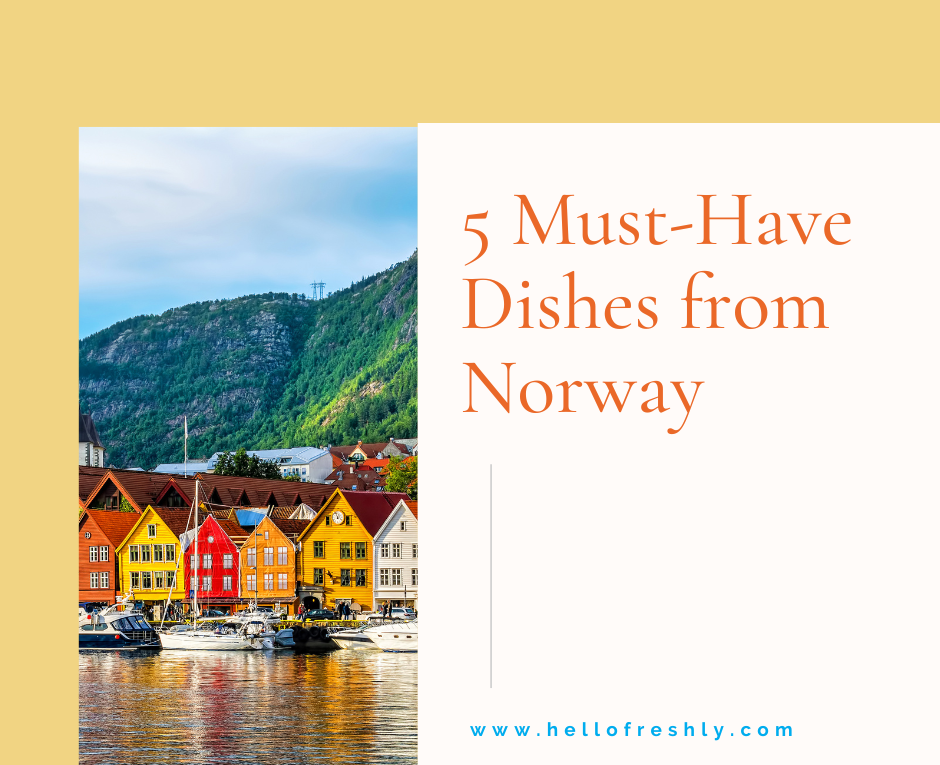 Did you know that Norway has been ranked the best country to live in by the United Nations Human Development Report? It is famous for having low crime rates, gender equality, sustainable practices, excellent welfare services, and so much more. If you’re looking for a picture-perfect country to reach your highest potential with, then Norway should be on top of the list!

Besides the social and cultural aspects, another reason why Norway is an amazing place to be is because of its tasty dishes. In line with their sustainability practices, Norway tries to use their local ingredients as much as they can, meaning their food is always fresh. You can see just how fresh their dishes can be with these five must-haves from Norway!

Farikal is widely considered to be Norway’s national dish. This simple yet fulfilling meal is comprised of mutton, cabbage, and black peppercorns in a comforting stew. Norwegians like to prepare this dish at the start of the fall season. They even have a Farikal Feast Day that’s celebrated on the last Thursday every September—the Norwegians must really love this dish!

The reason farikal is so popular and sentimental is because of Norway’s weather. They experience snow half the year, making it hard to cultivate their crops. In the fall, they get to eat fresh food with farikal as lambs are ready and cabbages are in season in September!

Eat this dish with some boiled potatoes and bread to soak up all of that tasty, gut-healthy broth.

Lapskaus is another Norwegian stew that’ll have your tummy full and satiated! It’s made up of meats (usually beef or lamb) and a ton of vegetables including potatoes, carrots, celery, onions, leeks, and more. It’s also spiced very well with salt, pepper, ginger, and more. According to etymologists, lapskaus could be related to other similar-sounding and similar-tasting dishes like lapskoussi of Finland or labskaus of Germany.

Did you know that lapskaus is a ship’s meal? Sailors used to eat this all the time while they were navigating the seas. With how cold and unforgiving the waters can be, it’s understandable they’d want something warm to energize them.

Rommegrot is a traditional Norwegian pudding that’s made of whole milk, sour cream, flour, butter, and salt. It is typically served with sugar, nutmeg, and cinnamon on top as well. The name rommegrot stems from ‘romme’ meaning sour cream, and ‘grot’ meaning porridge. While the dish definitely sounds a tad unusual, you should give it a try nonetheless.

Rommegrot is a real indulgence. It’s a dessert that’s so rich that it’s impossible to have a lot of it. That’s why it’s commonly served in very small portions or even small cups. It’s best eaten with cured and salted meats, as strange as it sounds. We assume it’s to help cut the richness of the dish!

Every winter, fishermen all over Norway head to sea to catch fresh cod. Some of these are turned into fish balls, which can be used in a ton of different dishes in Norway and is an absolute delicacy. It’s super cheap and easy to make and pairs well with just about any sauce. However, the most common recipe is fish balls with a white sauce made of butter, flour, nutmeg, salt, and pepper. Serve it with carrots and potatoes for a dish that’ll warm you up in winter!

Tilslorte bondepiker are sweet dishes from Norway and other Scandinavian countries. They are similar to the trifle in that you’ve got layers of fresh fruit, cream, and breadcrumbs. The recipe will depend on what region you’re in, but the most popular recipe by far is for water-rich apple tilslorte bondepiker. Here, you get a thick layer of mashed apples, then whipped cream, then biscuit crumbs, and so on until you’re satisfied with the layering. Top everything off with chopped almonds or shaved chocolate!

Tilslorte bondepiker is commonly served in glass jars or bowls so everybody can appreciate the aesthetics. Doesn’t it look so beautiful?